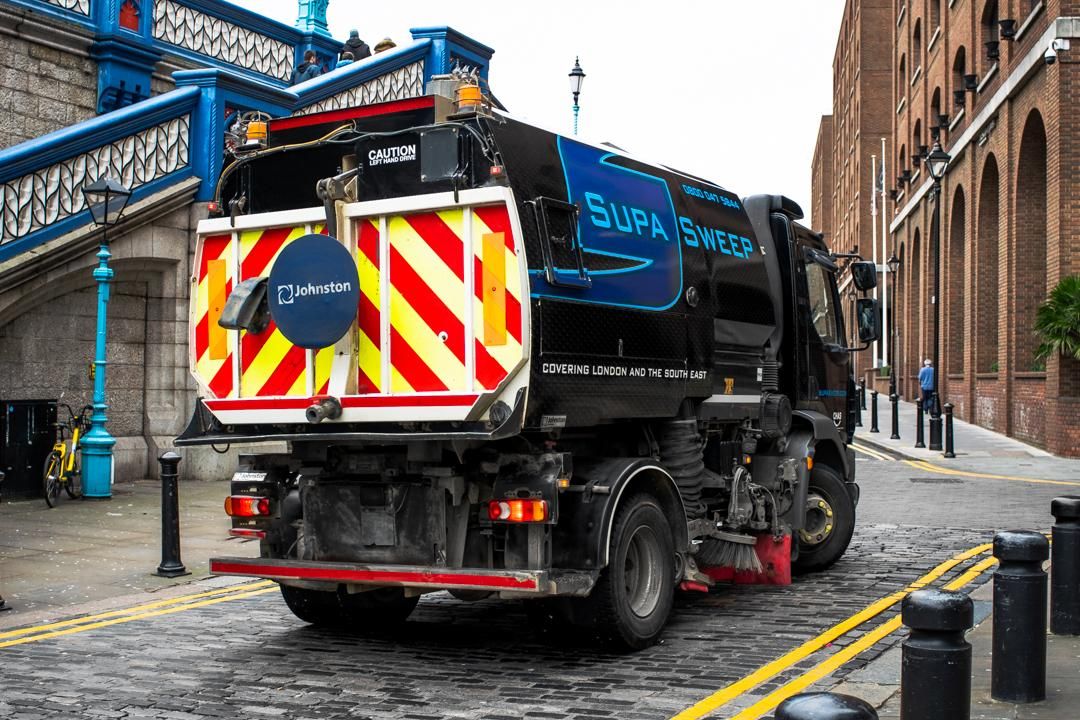 History of the Road Sweeper

It is hard to imagine walking down the streets of London without road sweepers busily cleaning up dust and debris. They are essential in keeping our streets clean and consequentially, ensuring that the people are healthy. It is easy to take them for granted in this day and age, since getting access to high-quality road sweeping services is pretty affordable. But did you know that road sweeping has a long and rich history?

It took a long time for road sweepers to become the reliable machines that we know today. Nowadays, we see vehicles that keep the roads, pavements, and other hard surfaces free from debris. Modern road sweepers utilise jets to spray water onto the road, while motorised brushes scrub the dirt off the surface. There are so many mechanical components that work together to ensure that the road sweeping stays smooth and seamless.

But this wasn’t always the case. Brace yourself because we are going to take you back through time. In this article, you can take a glimpse at the history of the amazing motorized road sweeper.

Road Sweeping: A Look Through the Years

It all began manually

Before motorised transport was invented, carriages had to be pulled by a horse. If you don’t already know, horses are fueled by diets that are high in fibre. Horses would just take a dump in the middle of the street as they would pull the carts across the street. You can just imagine the sanitation problems that this created. Not to mention that the road sweepers back then had to work round-the-clock just to keep up with the filth that constantly accumulates on the street.

The situation gets worse every time rain comes. All the waste, debris, and dirt mush all together into the mud making it harder for pedestrians to cross the street. From the early 1800s to the early 1900s, streets were cleaned by people who labour day and night just to ensure that the streets stay safe and clean.

The first mechanical sweepers in the UK

By the 1840s, Manchester, England has risen as the most industrialised city in the country. It became a metropolis that is made up of high-rise factories and manufacturing establishments. Its rise at the height of industrialism came with several drawbacks, however.

Because of the many business establishments that are situated at the heart of the city, wastes on the street tripled. The metropolis soon earned the reputation of being the unhealthiest place to live in England. Without the wits of Joseph Whitworth, workers would’ve suffered long in the streets of Manchester.

To address the problem, Whitworth invented the first mechanical street sweeper in England. It later became known as the Patent Street Sweeping Machine of Manchester. It was built with the goal of removing all the rubbish it will encounter on the streets.

Whitworth's invention consisted of a cylinder with brushes at the bottom. The brushes were able to spin and pick up dirt due to the bicycle chain that runs along with the contraption. The invention drastically improved the sanitary conditions of the city. However, being horse-drawn still was its biggest disadvantage.

Technological advancements in the US

The streets in some cities in the US were also facing the same problem as the ones in Manchester. It wasn’t until 1849 when inventor C.S. Bishop came up with a solution. It was similar to Whitworth’s idea of using rotating brushes on a cylinder. Only this time, it was powered by the mechanical energy emanating from the wheels.

It was quickly accepted by the American public and was heralded as the modern standard. Later, technological advancements in the United States ushered in a new era of street sweepers – vehicles that were designed to be better and more efficient than their predecessors.

Elgin Sweeper Company, one of the pioneering companies in the field, was especially active at inventing new models of sweepers. John M. Murphy was at the helm of the trial, development, experimentation, and research on sweeper technology. In 1917, he succeeded at getting a US patent for his J.M. Murphy Street Sweeping Machine No. 1,239,293.

The rise of the modern sweeper

Debris removal technology remained relatively the same well into the 1970s. Around that time, residents, as well as policymakers, were already clamouring for improved sweepers. Their main qualm was that the sweepers at the time, although highly effective at removing larger debris, failed to collect the smaller ones. Smaller debris would be left scattered on the streets, leading to respiratory problems for most pedestrians.

Fortunately, advancements in technology allowed for immediate improvement. This paved the way for street sweepers that have fine brushes and can collect smaller debris. Now, you can even see sweepers that are powered by renewable energy.

Supasweep is your go-to partner in road sweeping. We have got high-quality sweepers that can rid streets and pavements of debris no matter how big or small they are. To learn more about modern street sweeping technology, contact Supasweep today.